The Importance Of Campaign Finance Reforms 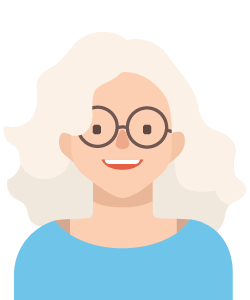 What To Know About Surprise Emergency Bills
26 August 2022

There are a lot of people concerned today with how political campaigns are financed. Often times, big-money parties come into the equation and that brings up the concept of fairness. That's where campaign finance reform comes into play. It's important to consider this for a couple of reasons.

If a political candidate received a large sum of money from a special interest group, there is a fear of the interest group being able to receive favors from that candidate if they win. That's not ethical or how politics should be ran, which is why campaign finance reform exists.

It seeks to prevent these groups from coming in with their dollars as to buy political favoritism. Instead, funding will be fair and spread out so that political candidates aren't coerced into doing things they otherwise wouldn't do when they get into office.

With campaign finance reform, more attention would be put on these important matters rather than private funding. Instead, public funding could give candidates all the financing they need to have success and promote what they're planning to do in office. Ultimately, that helps voters decide who's the best fit for the job.

If private funding was the only way to run for office, that's going to limit the type of diversity in a pool of candidates. That's not what politics should be about and would ultimately hinder the public from gaining access to the best solutions for different problems happening all around the country today.

Campaign finance reform exists to ensure candidate pools are full of diversity, whether it's women, people of different ethnic backgrounds, or the middle class. The problems with private funding would be eliminated and that gives voters more candidate diversity to support.

There are a lot of problems with how political campaigns are ran and financed today. At least with campaign finance reform, there are parties trying to do something about this problem that has existed for the longest time now. Supporting this type of reform ultimately is going to improve the type of democracy that citizens have access to.